I didn’t even know what Mid Century Modern WAS when I started redoing furniture.  I had seen pieces in my Google and Pinterest searches, but it was a while before I was able to put a name to them.

Now – they are some of my favorite pieces.  I love the lines…the uncluttered details…the simplicity and beauty of them.

Wikipedia’s description of MCM is:

“Mid–Century modern is an architectural, interior, product and graphic design that generally describes mid-20th century developments in modern design, architecture and urban development from roughly 1933 to 1965.”

Other places take MCM into the 70’s.  Either way, any search for mid century modern will bring up countless different pieces.  Once you know what you’re looking for, picking out Mid Century Modern pieces is a breeze…and there has been a rekindled interest in the designs so some of them go for insanely crazy prices.

So far, my greatest find so far has been a Brutalist Style bedroom set that I missed out on at a ridiculously low price, but ended up finding it again for a price that I still found very reasonable. I did end up selling the set for a lot less than I could have gotten but I was very new and still getting my feet wet.  I knew then that I would regret selling it but I just didn’t have the connections back then.  I would have kept it myself but it was massive.  Consisting of an armoire, credenza, queen headboard, and 2 night stands. 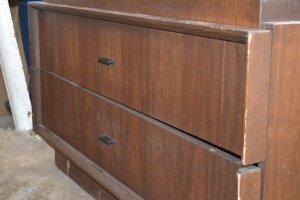 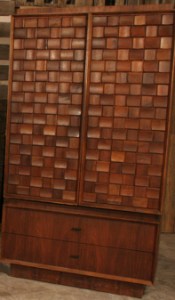 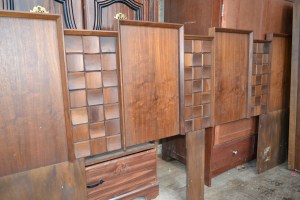 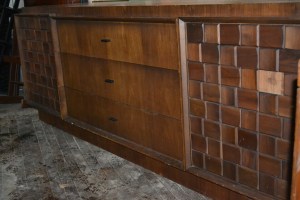